… do they still exist?

My daughter returned from an InterRailing tour of Eastern Europe recently and brought back this photo of the Nortel office in Bratislava.

I wonder what would happen if you rang the doorbell?

Now, my vague recollection of “Nortel Logo History” leads me to believe that the logo shown on the door in Bratislava was launched in 1995; timed with the company’s 100th anniversary and under the leadership of Paul Stern (gulp…) and the re-branding from “Northern Telecom”.

I also recall that the logo was very short-lived as a Canadian (?) company called “Ortel” seemed to have a problem with it. It very quickly changed to incorporate the words “Northern Telecom” beneath the “Nortel”.

So – anyone in Bratislava in 1995 and would care to comment on why a 15 year old logo adorns the door of an office?

The rear brake light switch on a Sprint 955 is “protected” by a rubber cover that sits right next to the rider’s right heel. After a while, constant movement of the rider’s boot destroys the rubber cover – check next time you see a 955 – there won’t be many that aren’t trashed!

I had seen some bikes fitted with what looked like a carbon heel guard or protector but have failed to track down where these came from.

Then I bought my black Sprint STealth

First thing I noticed was that it had one of these phantom heel guards fitted!

Even better – the previous owner had kept the fitting instructions and they were included in the documentation pack.

So, if you are looking for one of these:

Here are the part numbers: 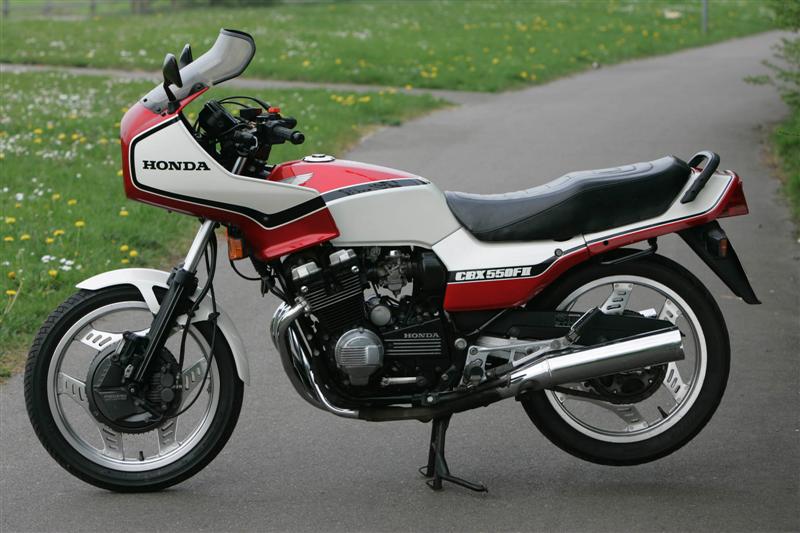 I have just had the old CBX out for an MOT before it goes off to it’s new owner in Kent. I had forgotten just how much fun these old fours are.

It’s a tiny bike, even with the fairing perched in front of you. Not a clunk from the gearbox and an awesome noise from the original exhaust (OK, it has a small leak which helps with the sound a little).

A very revvy engine and good brakes (for their time). Honda tried these “in-board” disc brakes for a time in the early eighties in an attempt to deal with the performance of stainless discs in the wet. It worked, but there are horror stories about how difficult it is to service and change pads… 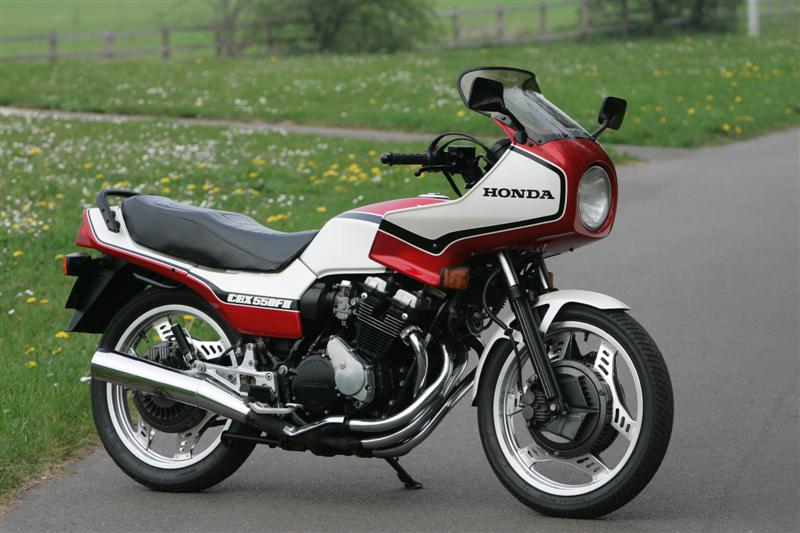 Both of these shots were taken by Phil Masters, a professional photographer who was working with Roland Brown on the day that he tested the CBX550. We are indebted to Phil for these two excellent pictures.

This is the bike that MCN borrowed for a week or two back in August 2008 – if we’d known that they were going to thrash the b******s off it, maybe we would have thought twice about lending it to them!

It came back safe and sound though – not many owners can prove that their 25 year old 550 is good for 117 mph! That was 750 territory in those days.

MCN ran a feature on this bike split into three parts and published on August 6th, 13th and 20th 2008.

They put it up against a CBR600RR (gulp) and the series was entitled “What difference does 25 years make?”

Verdict:
“The CBX, outdated, out-moded and out-performed or not had two massive things going for it even by modern standards: it was impressively comfortable and roomy (especially for pillions) and, better yet, it had bags of character. And maybe that’s why today’s bikers, more than ever, often have a superb modern bike – but also either own or lust after a classic from their youth too.”